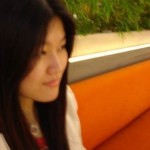 Sue Jung is the CFO and Executive VP of Toonbox Entertainment Ltd, a Canadian animation studio best known for its 2014 animated feature film The Nut Job. With over a decade of experience in multiple fields, including administration, management, and law, in addition to a multi-cultural and international background, Sue is perfectly poised to stand at the helm of Toonbox, where she dynamically oversees global productions for film and television.

After earning a Bachelor’s degree in Law from Universidade Presbiteriana Mackenzie, Sue went on to receive a Diploma in Economics from Ryerson University. Before assuming her current position, Sue garnered invaluable experience in the industry while serving as General Manager and Accounting & Administrative Manager for Toonbox.

International Society of Female Professionals Member Sue Jung can be found in the Association Directory, where she is looking forward to networking with you.