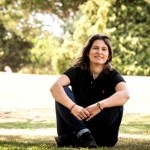 Patrícia Raquel Alves is the Manager of Software Test Center for Siemens based in Portugal. With over eighteen years of experience in her career, Patrícia is best known for her expertise in software testing and management.  In her current role, she is responsible for overseeing a team of Software Testers both Manual and Automatic for several technologies and applications.

Following her Software Engineer degree, she decided to make a Postgraduate study in Management and after that Patrícia went on to the next one and made a new degree in Management from the Instituto Superior de Gestão in 2010. She owns several certifications on Software Testing and she is founder of the Portuguese Software Testing Association and organizes since 2010 several seminars and conferences regarding software testing. She is also part of the ISTQB® – International Software Testing Qualifications Board since 2010 as part of Exam Working group since then.

In the coming years, Patrícia hopes to transition from her role into a higher level on management. She attributes her success to her emotional intelligence and teamwork. Patrícia is very proud of all she has accomplished thus far in her career and she is looking forward to networking and connecting with other like-minded professionals, and to gaining the recognition and credibility of being a member of the International Society of Female Professionals.

International Society of Female Professionals Member, Patricia Alves, can be found on the Association Directory, where she is looking forward to networking with you.

Some links about me: