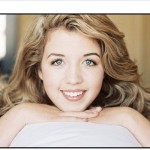 Mariah Owen is the CEO and Founder of GTE Productions Inc., a production company that offers holistic comprehensive services from pre to post, as well as social media marketing and crowdfunding, and demo reel editing services. Dedicated to creating stories that will make you think and feel, GTE Productions celebrated its launch in early 2016 and aims to showcase both the dynamic comedic and dramatic stories that are arise from the world around us.

With experience in marketing, advertising, writing, performance and direction, Mariah has a versatile skill set that easily tailors to the many hats she wears as a producer. Upon completing her bachelor’s degree in English and Cinema Studies from the University of Toronto, Mariah will relocate to Los Angeles to study screenwriting at UCLA. She has also secured work in Toronto as a producer on a new Bell Media show going into production, and will be producing a female-driven feature film and two short films in Los Angeles.

Growing up, Mariah came from an athletic background and credits much of her discipline and collaborative skills to the competitive cheerleading she has enjoyed for years. She remains an active cheerleader, and is currently on the roster of a team heading to World Championships in 2017.

Mariah hopes to connect with driven, kind and intelligent women to learn more about how to succeed.

The International Society of Female Professionals Member of the Year Mariah Owen can be found on the Association Directory, where she is looking forward to networking with you.