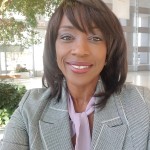 Ms. Branch assumed her role as Project Consultant at the Chicago Transit Authority (CTA) in March 2017. As a Project Consultant her day to day responsibilities include partnering with relevant government officials and entities to build relationships and enhance public transit in CTA’s service areas and work with non-profit and community organizations. She also consults with clients, determine business needs, provide improvement solutions, and offer support to project teams and contractors. Her expertise demonstrates excellence in communication and interpersonal skill; attention to details, and teamwork. Additionally, Ms. Branch serves as a liaison between CTA’s suburban municipalities and the agency. She builds awareness and support of CTA’s initiatives with community stakeholders, attend community meetings and provides various outreach duties.

Prior to her current role, Ms. Branch served eight years in the federal government working under former President Barack Obama in both 2008 and 2012 administrations. she was the Director of Special Projects and Special Assistant to the Senior Adviser to the President, Valerie B. Jarrett. In this role she oversaw and executed a variety of projects designed to support Ms. Jarrett in her roles as head of the Offices of Public Engagement and Intergovernmental Affairs and as Chair of the White House Council on Women and Girls.

Ms. Branch has been a key member in her department, where she played a vital part in its work to promote the President’s agenda. At the end of President Barack Obama’s administration, she returned home to a local government agency to continue her work as a public servant.
Ms. Branch chose to be a part of the International Society of Female Professionals because she has the mind-set of offering support and encouragement to people and to help them reach their full potential. She is always willing to assist in the growth, learning and building of respect in other individuals which aids in developing confidence in themselves. Ms. Branch shares her story with other women to encourages them on ways to overcome challenges.
Ms. Branch overcame several obstacles including being seriously ill and desires to let others know that success is possible if we put in the hard work despite the challenges. Ms. Branch is an outgoing, energetic and curious person. Her energy is drawn by being in the company of others and she seeks social connections and leadership opportunities.

Ms. Branch served as the Grand Marshall at the 2016 Bud Billiken Parade in her home town of Chicago; was featured in an article in Essence Magazine titled 29 Powerful Black Women of the White House (2015) and BET Mothers of the White House (2012). Ms. Branch holds a Masters Degree in Public Administration from University of Phoenix (2018), a Bachelors of Science in Management Degree from University of Phoenix (2012) and a Foreign Policy Certification from Georgetown University (2012). She enjoys spending time with her granddaughter, who is seven.

International Society of Female Professionals Member, Katherine Y. Branch, can be found on the Association Directory, where she looks forward to networking with you.