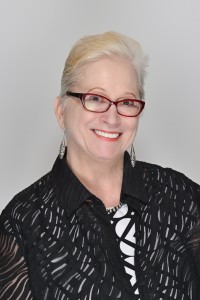 After a career in higher education and administration, Joyce Boatright has successfully reinvented herself as a writer, storyteller, and retreat leader, specializing in writing from life and memoir.

Educated in Texas, Joyce Boatright earned a bachelor’s degree in journalism from Sam Houston State University where she studied under the legendary Leon Hale. After earning her master’s and doctorate at Texas A&M University, she returned to Sam Houston State to study creative writing under southern writer and former Texas Poet Laureate Paul Ruffin.
She is author of Telling Your Story (2006), and her essays have appeared in the Houston Chronicle, Kitchen Table Wisdom, Story Circle Journal, Sam Houston State Review, and several anthologies. She teaches life writing at the Carl Jung Center in Houston and is on the academic faculty at Lone Star College.

She serves on the Board of Directors of Story Circle Network and is a member of the Writers League of Texas.

In her workshops, Joyce assists participants in writing the stories of their lives, teaching the craft and creativity of writing. She also guides students through writing exercises to heal their psychological wounds and grow into their potential.

She is the proprietor of Church Street Retreat in Navasota, Texas, population 7, 042, located 75 miles north of Houston.

International Society of Female Professionals Member Joyce Boatright can be found in the Association Directory, where she is looking forward to networking with you.