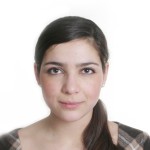 Diana Cartas Hurtado is currently the Legal Manager for Rappi Mexico, an online marketplace that connects users who want to purchase prepared foods, groceries, clothes, (one of the most important startups in Latin America).  She is responsible for overseeing the Legal Department. She has both national and international experience in corporate law, international contracts, and business strategy.

Her role at Rappi Mexico requires the precise and expedite execution, elaboration, and analysis of contracts and legal documents of the company. This involves the operation in more of five different cities in Mexico.  From a legal perspective, she advises on different legal issues, interprets the rights and obligations contracted by the parties, and issues corresponding recommendations. Her additional responsibilities include the assessment of the legal risks and she is in charge of the implementation of new control procedures for the execution of agreements in order to provide legal certainty to the company. She also promotes the coordination of the projects involving external advisors in the Americas for the development of international businesses.

Prior to Rappi Mexico, she was a Legal Manager and Legal Coordinator for more than two years (2016-2018) in Eutelsat Americas, the French telecommunication multinational company. Her primary responsibility was the elaboration of the service agreements for the provision of satellite capacity and the new integrated telecommunications services, as well as the intercompany agreements that support the activity of the company worldwide. where she reviewed service orders and debt notices, among other legal documents of the company and its affiliates in the Americas including the United States, Mexico, Panama, and Brazil.

As an attorney, she has extensive experience formulating agreements, booking orders in English and Spanish, as well as responding to internal legal consultations while working for Maldonado, Magaldi and Associates, S.C. in Mexico City. She was also a Spanish Supreme Court Intern and had the opportunity to observe and study the civil, criminal, administrative and labor procedures and the especial appeal procedures. She also was a Protocol Assistant with the Mexican Embassy in France.

Ms. Hurtado’s extensive education played a big part in paving the way to success. She was educated at the Universidad Carlos III of Madrid, earning her Bachelors of Spanish Law, and the University Paris X Nanterre, earning her Masters of International and European Law with distinction.

She is fluent in Spanish, French, and English.  She was selected for the GC Powerlist-Legal 500  as a member of Eutelsat Americas legal team in 2017, seen here: http://www.legal500.com/assets/pages/cc100/2017/mexico-teams-17.html.

International Society of Female Professionals Member, Diana Cartas Hurtado, can be found on the Association Directory, where she is looking forward to networking with you.