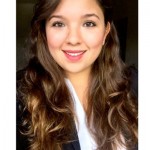 Ana Cristina Clemente is the President of Macau Racing Team, a Macanese motor racing team based in Macau, China, several different series through Southern-East Asia. With unrivaled expertise in automobile since 1995, the team has accomplished its best results during the Macau Grand Prix. Seasoned in management, public speaking, business administration and project management, Ana Cristina spearheads various endeavors for the team, including collaboration with mechanics and drivers, and signing off on championship papers.

Ana has made a top priority of the team to celebrate Macanese talent, always seeking and giving priority to local talent. In Macau, the automotive industry is up and coming, and by focusing her team on developing domestic talent, she and her team provide a chance for local residents with great talent to achieve the dream of becoming professional racers.

After receiving her bachelor’s degree in Event Planning from the Swiss Hotel Management School, Ana Cristina discovered her love of the automotive industry, and was quickly offered her current position with Macau Racing Team. Operating in this largely male-dominated industry has brought Ana Cristina much joy, and the satisfaction of being an example to like-minded women who wish to forge their way. In 2014, with the help of her talent, the team won 3rd place in a championship in China. Also a prolific public speaker and dynamic presence, Ana Cristina frequently speaks publicly on behalf of the team.

Ana Cristina resides in Macau, and is a master of languages, speaking Portuguese, Spanish, English, French, Thai, Cantonese, and Mandarin. When not engaged with work, she enjoys ballet and dance choreography.

The International Society of Female Professionals Member Ana Cristina Clemente can be found on the Association Directory, where she is looking forward to networking with you.