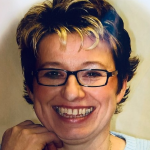 Susan McKennitt is a very successful Entrepreneur in Saskatchewan, Canada where she has  owned and operated several businesses throughout the past 40 years. She has owned and run Carnduff Electric Ltd. from 1985 to date  which is an Electrical service provider in the area that offers reliable electrical services in the oilfield industry, as well as servicing commercial, residential and farming establishments. Carnduff Electric has been in existence for over 35 years. Due to Corvid Economy & low oil Susan & her Husband recently downsized there HDD Drilling Division, which provided many years of experience in Serving Trenchless Drilling services to many Oilfield Pipelines Companies, Contractors, Cable, Utility, Power & Gas Construction, Water, and Roadway work. This was a very successful business, a very well respected operation that has serviced Western Canada & SE Saskatchewan with HDD services for over 30 years, building up a reputation for quality and excellence by Susan & husband Richard.

Susan McKennitt is an accomplished business woman in S.E Sask. Canada in two very male dominated industries, but this has never deterred her from entering into it. She is a self-made woman with no real formal college degree but with a wealth of hands on experience and a great reputation for success. She started out her career opening up a hairdressing salon with attached boutique’s. She studied cosmetology in her teens, and went on to marry young, and open her first salon before twenty. This was only the start of Susan’s journey to entrepreneurship. Going on to own several boutiques within high end fashion, footwear, giftware, as well as décor & antiques which is Susan’s real  passion. She then opened a greenhouse and flower shop, a restaurant made into a 50’s diner, and several rental homes. As their children grew Susan & her daughter had high end Salon & Spa operations both in the City of Estevan, & home town Carnduff.

With her husband and sons alongside her, they had a generator rental company, a couple of oil-wells and battery operation, and grew their love of a farming from a one quarter hoppy farm to thirty quarters of land. They had a cattle operation, which was downsized to grain operation with too much to handle as they were growing the other businesses the farm was eventually turned over to their sons in 2015.

Susan has been very active in owning & growing their own businesses, and raising their family so there was not a lot free time. Susan always supported & helped along the way with community events, Started the very first Downtown Business Group. Headed up the first Festival of lights event with live band raising thousands of dollars.  Susan is willing & helpful within her community as much as time allows.  While they were grooming their sons to eventually take over the Electric and drilling business, they chose the farm over the rest. Susan And Rick sold off drilling assets in 2020, while Rick went to work for an HDD company, Susan continues to manage, operate and grow the electric business as well as her boutique in Estevan Saskatchewan.

She has listed the boutique property for sale during Covid in 2020 with plans to move on to other endeavors, or perhaps relocate the boutique closer to home base. Who knows Susan says, maybe changed it into something totally different? She is still looking for the next vision.

Susan would like to slow down eventually but after being self-employed for more than 45 years Susan states she will always be in business of some sort.

International Society of Female Professionals Member, Susan McKennitt, can be found on the Association Directory, where she is looking forward to networking with you.