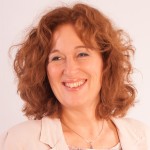 Marlies De Vries has spent 20 years as an Organization Advisor at her own company, Gloria Counseling. In this role, she advises her clients on strategic cultural corporate issues, assesses staff, and develops plans to optimize performance and realize efficiencies for management and staff. She also provides research, leadership coaching and training. Marlies received her PhD in Cultural Organization from the Free University in Amsterdam.

She developed a holistic perspective during the time she worked in public healthcare as a physiotherapist and acupuncturist. During that time she specialized in being a coach. She learned about human behavior and psychology. The knowledge and the techniques she learned about then, became very helpful in her career as an organizational cultural advisor and independent researcher.

Blending the two careers together and learning all about people behavior at different levels, Marlies developed a theory about time and beyond. She foresees a pivotal change about understanding time; ‘as humans we are shifting timelines’. From scientific point of view, she says, we are heading from the fourth (time & lineair) to the fifth dimension, which is all about becoming a circular society. In short her theory is about time speeding up and at the same time running out due to the accelerator of this process, which is IT. The several worldwide events, like the financial crisis in 2008 and recently the corona crisis, are showing this is happening right now.

Marlies is mission driven and wants to help to make the world a better place by bringing understanding about the fifth dimension, which is the concept circularity and ‘unity in diversity’. All is written down in her book ‘The Time is Now’ (only in Dutch).

Moving forward, she wants to expand her horizon across borders and to work together internationally  with likeminded professionals worldwide.

International Society of Female Professionals Member, Marlies De Vries, can be found on the Association Directory, where she is looking forward to networking with you.