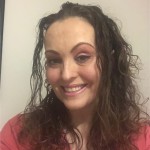 Lauren Deluca is the Founding President and Executive Director of the Chronic Illness Advocacy & Awareness Group (CIAAG), a national nonprofit organization that advocates for systemic changes in the nation’s approach to managing the healthcare needs for people with painful illnesses/conditions who are being denied access to pain medications and left in a state of inhumane suffering. She is passionate about her work and together with her team drives activities to advance awareness around this issue and influence a positive change in society.

Having launched her career in commercial insurance, Lauren worked her way up the ranks in risk mitigation for large and middle market accounts in a wide variety of industries. When a rare condition flared up and brought her to the emergency room, she saw firsthand how medical personnel could discriminate against people with chronic illness and deny them medication, validation and pain relief.

In facing her own fight, Lauren discovered a real lack of mobilization and even willingness on the part of industry groups to stand up for people with chronic illness, many citing due to fears of government reprimand via the withholding grants or even being falsely accused of fueling the opioid crisis. She knew the time had come to take matters into her own hands, and founded the CIAAG.

Today, Lauren has built of a thriving community of people and given thousands a platform upon which to research, advocate and work together to help build a better healthcare system that works for all of us.

As the spokesperson at CIAAG she is responsible for business partnerships, the strategic mission and participated in media appearances and events.

As a part of her work she co-hosts a video blog with the Vice President of CIAAG, Shasta Harner, on YouTube, where they discuss all things politics, healthcare and the news. Available at: https://ciaag.net/issues.

Outside of her professional endeavors, Lauren is based in Rutland, Massachusetts, where she is mother to a young daughter.

International Society of Female Professionals Member Lauren Deluca can be found on the Association Directory, where she is looking forward to networking with you.