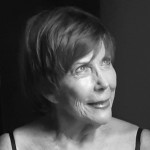 With over two decades of professional experience, Karen Moller is a Writer, Designer and is renowned as a Fashion Consultant. In this role, she is known for her innovative vision and unmatched expertise in textile design and for her ability to predict future fashion trends.

In her third year of art school in Canada, inspired by Kerouac’s On the Road, Karen took off hitchhiking to San Francisco where having met some of the beatnik poets she lost her enthusiasm to join the brotherhood. In New York and Paris, as an artist in training, she attended art classes, hung out at the Beat Hotel, and participated in Poetry and Art Events. She took part in the 1960s protests (ecological, sexual, feminist and political protests in London and in 1968 on the Paris barricades), which not only helped liberalize our society but changed the way we think and the way we dress. In London she became a highly successful designer, first with her own boutique and then with sales to Carnaby Street and Kings Road, and throughout the world. In 1969, Karen established the first textile design studio in London and after winning awards and gaining international recognition, she moved her studio to Paris. In 1976 she created Trend Union, named by TIME magazine as ‘One of the world’s most influential fashion futurists’. In 2007 she wrote her memoir—a personal and critical history of the 1960’s and 70’s counterculture—Technicolor Dreamin’ was published in Canada, later reedited as In Her Own Fashion in the U.S.A., then translated in Spain in 2014 as Sonando en Tecnicolor, and in England in 2017 updated as Technicolor Dreamin’ In her Own Fashion. She has a new book coming out in Feb 2021: Chasing the Stars and Hoping to Shag the Moon which is a passionate dialogue between two kindred spirits that ranges across the literary and art world where real life and the life of fiction are often blurred. and unless you read closely you may not know which landscape you are currently strolling in with them. This delving into the past half century will be nostalgic and enlivening for those who lived through those years and inspirational and fascinating for those who didn’t!

Karen holds her Bachelor’s degree in Fine Art from the Alberta College of Art, which she obtained in 1959. Moving forward, she plans to publish a new book and continue growing as an author.  She continues growing as an author and is now writing a novel, an up dated version of Wuthering Heights. Karen lives in Paris and Venice and continues readin, making friends and traveling the world.

International Society of Female Professionals VIP Member, Karen Moller, can be found on the Association Directory, where she is looking forward to networking with you. 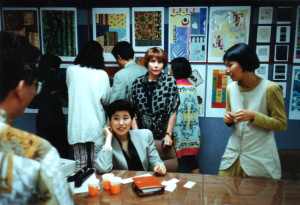