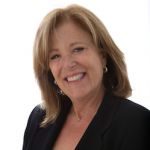 Carol Henry is an International Coach Federation (ICF) PCC Certified Coach, formally coaching since 2007. Carol currently works with (female) Leaders and their Teams, both one-on-one and in groups and focuses on empowering leaders and their teams to maximize and leverage their diverse strengths and talents, and to build leadership and communication skills that foster strong growth, engagement and performance.

Carol spent over 25 years at Seneca College, Canada’s largest public college, first as a Professor and then as an administrator. From 2008 to 2012 she was Director of the Centre for Faculty, Staff and Leadership Development. In 2012 Carol struck out on her own to establish Carol Henry Coaching.

Carol’s coaching is underpinned by the knowledge that trust, the foundation of healthy relationships and cultures, is the precursor of clear, concise and compelling communication which in turn drives success in organizations.  Using Conversational Intelligenceâ and the latest brain neuroscience, Carol helps her clients understand which conversations spark our higher-level brain activity such as trust, integrity, strategic thinking and empathy. This in turn fosters an inclusive, aligned culture that welcomes and encourages ongoing feedback and conversations – even when they may be difficult or uncomfortable.

Carol uses an experiential coaching model with individuals and with teams. This helps clients develop and live in a mindset that embraces experimentation and risk-taking, the necessary elements of innovation and creativity. Carol works with her clients to become the best version of themselves, as individual contributors, as leaders and as team members.

Carol has coached in both the public and private sector. Her clients include many colleges in both the Ontario Public and Private College System, as well as in various departments in both the Federal and Provincial Government as well as several Technology firms and start-ups.

Carol received her Masters’ of Education from Brock University, with a thesis on Young Women’s perception of self-efficacy and how it relates to their educational and career choices. She also completed her B.A. in Psychology from York University; and a B.Ed. in Secondary School teaching at the University of Toronto. She is looking forward to networking and connecting with other likeminded professionals, and to gaining the recognition of being a member.

International Society of Female Professionals Member, Carol Henry, can be found in the Association Directory, where she is looking forward to networking with you.