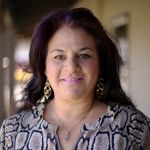 Diane Strand is Executive Producer at JDS Video & Media Productions, Inc, a multi-award-winning video production and multimedia solutions company, where she is also majority owner. Partnered with Scott Strand, who is also her partner in life, the production company specializes in corporate marketing and communications, and is committed to supporting local businesses and community organizations. The firm has been a 10-time recipient of the National Telly Award and a 9-time recipient of the National Communicator Award and 4-time nominee for Sterling & Bronze Business of the Year by the Temecula Valley Chamber of Commerce.

JDS Inc. has a dba: JDS Actors Studio, an actors training center based in Temecula, California that has launched over 100 professional acting careers into the entertainment industry. As a serial entrepreneur in 2014, Diane and Scott co-founded JDS Creative Academy (JDSCA), a 501c3 nonprofit specializing in education, training and apprenticeship programs. Diane wrote and developed a California State Apprenticeship program for college students and graduates, and a title 17 video production training program that provides career pathways for adults with autism and developmental disabilities.

Diane serves as an Executive board member for Riverside County Workforce Development, and Southwest Economic Development Coalition. Diane chairs the Southwest Committee Workforce committee, serves on the Woman in Business Committee and the State of City Committee for the City of Temecula. Diane was also a founding board member of the Women’s Business Center of California.

After earning an associate’s degree in Liberal Arts from Fullerton Community College, Diane went on to complete a bachelor’s degree in Television/Film Production and a minor in Media Marketing Communication from California State University Northridge College of Arts, Media and Communications. She launched her career in project development, producing and writing children’s content at Images and Imagination Children’s Theatre, and learned the ropes of television production working for ABC Studios General Hospital, and on other A list shows like Friends, and Veronica’s Closet. She also launched The Disney Channel’s Playhouse Disney, worked in the creative division at Universal Studios, and built the High-Def streaming control room at Staples Center for HBO PayPerview and the first national online streaming broadcast for the 2000 Democratic National Convention. Aside from retaining mentionable local clients, including Abbott Vascular, City of Temecula, TEDx, and California State University of San Marcos. Diane is also the creator and executive producer of Spirit of Innovation, the first local news and information television show for Riverside County, and the founder of Digifest Temecula, the city’s annual film and media festival.

Outside of their professional accomplishments, Diane and Scott’s greatest accomplishments are their three children: Joshua, Jordan and Jasmine. She credits her success to being an organized, enthusiastic and creative problem solver with people skills and the initiative to manage herself and her team.

International Society of Female Professionals Member Diane Strand can be found on the Association Directory, where she is looking forward to networking with you.