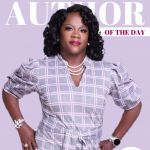 Demaryl is a persuasive communicator, leader, and motivator with proven people and project management skills.  Today, Demaryl  is serving as an expert acquisition consultant with  Government Solutions Consulting LLC,  is a Veteran-Owned Small Business with over 30 years of experience supporting DoD and Intelligence  Community customers, providing solutions to program management and policy challenges.

Professionally, Demaryl retired after serving 37 years of exceptional civilian service with a wide range of experiences, including leadership roles while working for the Department of Defense and other federal agencies.  She also deployed as DoD Civilian and served dual-headed in Kuwait as a Deputy Commander and Deputy Director of Army 408th Contracting Support Brigade.  Demaryl is an energetic, and results-oriented professional with outstanding independent experience in DoD Contracting, Information Technology management, acquisition, and program management. Upon retiring she served as an ACAT 1 Program Manager (PM) for the DoD Teleport Program Office (TPO), within the Defense Information Systems Agency (DISA). DoD Teleport is a $3.1B, major acquisition program.

While in this role she was responsible for the design, development, system engineering, acquisition testing, integration, implementation, and life cycle management of the Teleport System. Through a multigenerational, evolutionary development approach. She led the integration and implementation of satellite terminals and the ground station baseband equipment to enable secured voice, data, and video communications to deployed warfighters: thus, enhancing situational awareness and information superiority globally.

Demaryl  was born in Cleveland, Ohio, and she now resides in Bryans Road, Maryland. She enjoys spending time with her family friends, participating in and supporting community service organizations, and traveling abroad. She is married and has two adult children.

Demaryl is the author of two new books, Finding Joy in the Journey VOL. 2; Amazon #1 BestSeller a 90 Day Devotional. Her chapter in the book is titled, “Broken Pieces” which focuses on her experiences living abroad in Kuwait and witnessing the indigenous treatment with no gender equality or respect for women in the Middle East.  “Her Story is My Story”. This compilation highlights 17 beautiful creative women sharing their life-changing stories. These stories will move you, bring tears to joy and bring healing in your life and every story is powerful and one to read! Both books are available for purchase through her blog page at https://demarylrobertssingleton.com.

From childhood to adulthood, moving out of Cleveland shaped her life in her personal life. There weren’t many African American female role models while growing up, but that didn’t stop her from achieving her goals. She gives much love, appreciation, and respect to Vanessa Whitsett, a single working mom with three young kids who provided her a loving home at the age of 17 to raise her son, and Ms. Young, her high school guidance counselor. Ms. Young inspired Demaryl to rise above her situation, she overcame an underprivileged childhood, strived to better herself, family, and community, and the desire to learn soon became evident. Reaching her goals upon completion of high school. Demaryl became a military dependent, where she furthered her education. Demaryl holds a B.S. in Management from Park University, a Master’s degree in Procurement and Acquisition Management, and a Master’s in Business Administration (MBA) with an emphasis in Information Technology Management from Webster University. While working for the Department of Defense, Demaryl obtained her Defense Acquisition Workforce Improvement Act (DAWIA) Level III Certification in Contracting, Information Technology Management, and Program Management from the Defense Acquisition University (DAU). She is a member of the Defense Acquisition Corps, the American Society of Military Comptrollers Association, an active voting member of the Defense Acquisition University.

Demaryl has not forgotten where she came from and continues to give back to her community. She is caring, strong-willed, determined, committed professionally devoted to community service. She has experience in conducting community service projects providing tutorial services to enhance the literacy of community residents. She volunteered to become a Big Brother and Sister member, actively mentoring one-to-one young lady living in Charles County until her mentee reached adulthood.

Demaryl is a lifetime member of the National Council of Negro Women, Incorporated. An organization that leads empowers and advocates for women of African descent, their families, and their communities. She is a lifetime member of the International Society of Female Professionals (ISFP). She has participated in countless community service activities from 1988 – through today. She led an African Dance Troops named (UMOJA) while living in Colorado Springs, Co, from 1988 to 1994. Her group performed throughout Colorado Springs and Denver Co, participating, supporting, and fundraising for numerous charity organizations, such as Sickle Cell Anemia, HIV, Breast Cancer, Battered Women Shelters, Hillside Community Center, and homeless adults. She has supported the Divine nine activities in education and uplifting the black communities from racial inequalities in Colorado Springs, Co Prince George County, Charles County, and internationally. She tutored math for Prince George County in 2009 and 2010 at Potomac Landing elementary school. She supported the annual AKA Crab feast fundraising activity event held in Greenbelt, Md 2008, 2009, 2010, 2011, and 2012. She is an active member of the Order of the Eastern Stars and participates and supports community activities such as Breast Cancer 5K run/walk, diabetes research, clothing, and shoe drives. She donated $500.00 for the annual educational scholarship drive for students in the D.C. community from 2012, 2014 – 2015. She is also an active member of the ‘Ancient Arabic Order of the Nobles of the Mystic Shrine for North and South America and Its Jurisdictions, Inc participating in many public projects and community service activities for MISR Court 193 of Upper Marlboro, Md and the Desert of Western Europe. She also volunteered as Loan Executive for the Combined Federal Campaign exceeding an established goal of $6.7 million, attaining $6.8 million, achieving 3rd place nationally for the 2012 CFC campaign. Demaryl’s s recent AKA community service and fundraising activities include the 5K in Cleveland, Ohio, Monetary donation for the HBCU million-dollar fundraising activity, Calvert County Bowling fundraiser. Over the last ten years, she has donated over $25,000 to various charity organizations, which includes Alpha Kappa Alpha Sorority, Incorporated (AKA), Omega Psi Phi, Alpha Phi Alpha, Paul’s Place in Baltimore, Breast Cancer Research for African America Women and Diabetes Research for African Americans.

International Society of Female Professionals Member, Demaryl D Singleton, MBA, can be found on the Association Directory, where she is looking forward to networking with you.