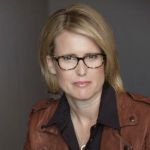 35-year digital and content visionary Deanna Brown has recently joined American digital publishing giant Penske Media, where she is at the helm of a new venture fund and lab being launched in Austin, Texas. Highly skilled in online advertising, digital media and content strategy, Deanna draws upon a track record of leadership in expertise in new media and is known for building transformative, dynamic teams.

Prior to joining Penske Media, Deanna served as Managing Director of MRC Media, where she modernized the iconic brands Billboard and The Hollywood Reporter. Some of her professional accomplishments include increasing efficiency by 47% and gross margin by 10% as SVP of GuideSpark, doubling company revenue from $37M to $89M as the CEO and Board Member at Federated Media LLC, leading the charge on bringing Scripps into the digital space as President of Scripps Networks Digital, and co-founding CondeNet, the digital division of Conde-Nast.

After earning a bachelor’s degree in Communication and Journalism from the University of California at Berkeley, Deanna went on to complete post-baccalaureate studies in Psychology at the University of Southern California. Today, Deanna divides her time between Los Angeles and Austin, and is a devoted mentor, listener and lifelong learner. She credits her success to having a curious soul that is ready to make a difference in the world. In her spare time, she enjoys exploring the great outdoors with her pit rescue, Harriet.

International Society of Female Professionals Member Deanna Brown can be found on the Association Directory, where she is looking forward to networking with you.