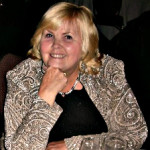 Connie Corcoran Wilson has been a successful entrepreneur for over 30 years, and is currently the CEO of Quad Cities’ Learning, Inc. She has written and published close to 40 works, which can be viewed at ConnieCWilson.com publishing company. A Blogger since 2007 at WeeklyWilson.com, she is also a Film Critic for TheMovieBlog.com.

After earning a Bachelor of Science in English from the University of Iowa in 1967, with a minor in Journalism, she obtained a Master of Arts in English and education at Western Illinois University in Macomb, IL, in 1972. She was a member of Old Gold Singers (1965-1968), Oratorio Choir (1964) and Oratorio Chorus (1963), as well as the University of Iowa Honors program while in college, and received two scholarships to attend Iowa (Freshman Merit Scholarship awarded to the top 5% of the entering freshman class and a Ferner/Hearst Journalism Scholarship.)

She became Department Chair in Language Arts from 1969-1985 at Silvis Junior High School, while also serving as the Film critic for the Quad City Times from 1970 to 1985. In 1985 she accepted a position as an Educational Writer with Performance Learning Systems, Inc., tasked with writing their company Bible (“Training the Teacher as a Champion”) and other writing duties. Connie completed this task (book published in 1989) and then founded the second Sylvan Learning Center (#3301) in the state of Iowa in Bettendorf, Iowa. She served as CEO of her Sylvan Learning Center from 1986 until 2003 and also established a Prometric Testing Center in 1995. Her Sylvan was named Best Business of the Year by the Bettendorf Chamber of Commerce in 1993 and she received a Bi-State Literacy Award from sitting First Lady Barbara Bush, in person.

In 2003 she sold both businesses and established Quad Cities’ Learning, which is dedicated to publishing her own works and possibly the works of others. To date, she has written and published close to 40 works, which can be seen at ConnieCWilson.com, her author site.

Ms. Wilson has served as adjunct faculty at Augustana College (Rock Island, IL), Blackhawk Junior College (Moline, IL), Marycrest College (Davenport, IA), St. Ambrose University (Davenport, IA) and Eastern Iowa Community College (Bettendorf, IA). She also worked in Public Relations for Kaplan College following her sale of the two businesses she founded. She was a member of the Better Business Bureau from 1986 to 2003. Ms. Wilson completed post-graduate coursework at Northern Illinois University (DeKalb, IL), the University of California (Berkeley, CA), the University of Chicago (Chicago, IL) and the University of Iowa (Iowa City, IA), advancing from a Master’s degree to a Master’s degree + 30, (the equivalent of a PhD.)

Over the course of her career, she has written for 5 newspapers and over 20 online digital outlets, including being named Content Producer of the Year for Politics by Yahoo in 2008. She routinely covers SXSW in Austin, TX, and the Chicago International Film Festival and other film festivals, as well as attending numerous writing conferences, such as the BEA (Book Expo America), ITW (International Thriller Writers), National Federation of Pen Women, and Writers for New Orleans.

She is a member of ITW, IWPA and MWA. She looks forward to networking and collaborating with likeminded professionals, and speaks fluent English and some French.

EAST MOLINE, IL, May 20, 2019 /24-7PressRelease/ — Marquis Who’s Who, the world’s premier publisher of biographical profiles, is proud to present Connie Corcoran Wilson with the Albert Nelson Marquis Lifetime Achievement Award. An accomplished listee, Ms. Wilson celebrates many years’ experience in her professional network, and has been noted for achievements, leadership qualities, and the credentials and successes she has accrued in her field. As in all Marquis Who’s Who biographical volumes, individuals profiled are selected on the basis of current reference value. Factors such as position, noteworthy accomplishments, visibility, and prominence in a field are all taken into account during the selection process.

A published author, Ms. Wilson’s works include Training the Teacher As A Champion for PLS Bookstores; It Came from the 70s: From The Godfather to Apocalypse Now, and three volumes of short stories, Hellfire & Damnation I, II and III for the Merry Blacksmith Press; Laughing Through Life, a collection of humorous essays; Both Sides Now, a collection of previously published newspaper pieces; The Color of Evil suspense/horror YA series with three entries, and two books on the 2008 presidential campaign, Obama’s Odyssey: The 2008 Race for the White House. Mrs. Wilson was the film and book critic for the Quad City Times newspaper (Davenport, IA) from 1970 to 1985 and has continued reviewing film uninterruptedly for the past half century. (*See ConnieCWilson.com for a complete list of books published in paperback, hard cover, e-book and audio book). She also compiled several books of Ghostly Tales of Route 66 on assignment from Quixote Press in both paperback and e-book format.

Honors for her writing include the Midwest Writing Center’s Writer of the Year 2010 (Davenport, IA), and the Silver Feather Award from the Chicago chapter of the Illinois Women’s Press Association in 2012 and 2014. In addition, her three-novel series The Color of Evil was named Best Indie Book of the Year 2018 in audio format by Shelf Unbound online magazine and has won 38 screenplay awards since March of 2018 for the screenplay based on Book One (The Color of Evil). The second book in the much-lauded series is Red Is for Rage, with Book 3, Khaki = Killer honored in various cover competitions for its Vincent Chong designed cover. The illustrations for Ms. Wilson’s 6-book series The Christmas Cats in Silly Hats, illustrated by Hallmark artist Gary McCluskey and written expressly for her twin granddaughters, have also won plaudits.

Outside of her professional career, Ms. Wilson has been married for 54 years to husband Craig K. Wilson and has two children, Scott, an engineer living in Austin, Texas, with his wife Jessica (also an engineer) and their twin daughters, Ava and Elise (age 12) and Stacey, a graduate of Belmont in Music Business (Nashville, TN) who worked for Taylor Swift’s 13 Management and currently works for Southwest Airlines. The family has enjoyed a Cancun Easter vacation every year since 1991 and gathers on the Fourth of July for a Family Fest involving the entire clan. With homes in Austin (TX), the Quad Cities of IA/IL and Chicago, Connie continues to write and enjoys reading, movies, swimming, trivia, playing cards, and travel in her spare time, (with Alaska following Australia/New Zealand as the next travel destination.)

International Society of Female Professionals Member, Connie Corcoran Wilson, can be found on the Association Directory, where she is looking forward to networking with you.