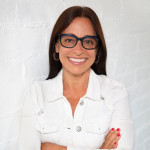 Christina Fon is an award-winning executive producer and media professional dedicated to telling stories meant to inspire, impact and entertain audiences around the world. She has built an exceptional international reputation for herself in the global entertainment industry, and has been recipient of a Sundance and Peabody Award, multiple Canadian Screen Awards, Hot Docs Audience Awards and Gemini Awards, as well as being a 2020 Emmy Award nominee.

With over 27 years of experience in the field, Christina is known for identifying and developing high quality and innovative project. Currently, she serves as Executive Producer at Rezolution Pictures International. She gained international attention for her work as the producer on all five seasons of Mohawk Girls and was one of the primary creative forces as the lead producer of RUMBLE: the Indians Who Rocked the World.

Christina holds a Bachelor of Arts in Communication Studies from Concordia University as well as a Broadcasting degree from Promédia. She credits her success to building a solid reputation in the industry, closing successful deals, sourcing winning IPs, and maintaining strong stakeholder relations throughout productions. She is based in Quebec, Canada, and speaks fluent English, French and Hungarian.

International Society of Female Professionals Member Christina Fon can be found on the Association Directory, where she is looking forward to networking with you.