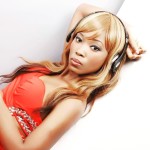 DJ China L’One is a two-time award-winning entrepreneur and International Female DJ, and public speaker.  In 2012, she founded the renowned and global We Run the World Female DJ Agency Ltd, an all-female DJ agency based in London, which she also manages.

Featured on Forbes in the 28 December 2020 online issue, she was also invited to DJ at 10 Downing Street 2019 for Black History Month.

She is an open format DJ, playing genres from Club classics to old skool RnB/Hip-Hop. She has Dj’ed both nationally and internationally and has a dream to Dj in Vegas.

China holds her Bachelor’s degree in Media Arts & Music Technology from West London University and is a Toastmasters International member. Moving forward, she plans on continuing to perform and help mentor other DJs.

In 2012, We Run the World Female DJ Agency (WRTW) was born. Her initial idea was to highlight and make the public aware of female DJs, as female DJs were not recognised other than well-known radio female DJs. She wanted to make people want to book female DJs and not just their male counterparts consciously.

Seven years later, she can happily say that she has accomplished this, and now We Run the World Female DJ Agency has clients who will openly say that up until now, they have always used a male DJ for any event, but now they want female DJs. China L’One did not want this to be more awareness in the UK, but a worldwide change.

L’One and her team have DJ’d in various countries nationally and internationally – some of those being: Canada, US, Mexico, Dominican Republic, China, India, Italy and Norway and Sweden. They have also worked with many big brands such as: Sketchers, Boohoo, Morphe, Glamour Beauty Festival, Channel 4, Colombia Pictures, Women’s FA Cup, Adidas, Mercedes Benz and many other well-known corporate events, high-end hotels, beauty and fashion. In the United Kingdom, they have played in Manchester, Liverpool, Sheffield, Newcastle, Nottingham, Derby, Preston and many more. We Run the World’s presence is to help female DJs and give them an opportunity and a platform. They will continue on their mission to making pathways for female DJs worldwide. www.femaledjagency.com

International Society of Female Professionals Member, China L’One, can be found on the Association Directory, where she is looking forward to networking with you. 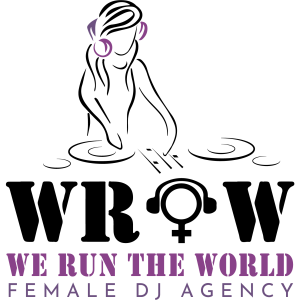