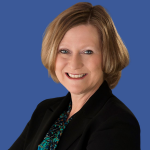 NEW YORK – The International Society of Female Professionals recently invited Phoenix businesswoman Rose Tring to become a member of the prestigious organization representing a network of thousands of businesswomen worldwide.

“I am grateful to be part of this exceptional global group that supports and encourages women in business,” Tring said. “When we work together, there is nothing we can’t accomplish and ISFP is there to support that vision.”

Tring is the owner and founder of AZ Media Maven, LLC, a boutique public relations firm in the greater Phoenix, Arizona region. Drawing upon more than 25 years of journalism experience she launched her business 10 years ago.

Tring works closely with her clients to manage social media growth, content creation, strategic planning and online reputation management for small and mid-sized businesses. She specializes in writing, editing and analysis, and is an expert in social media marketing and publicity.

“With the sweeping changes that have happened in print journalism over the past 20 years, it was imperative to find a way to use the skills I had honed in a new way,” Tring said. “That’s why I launched my agency.”

Coming from a background in print journalism, Tring worked for many years at daily newspapers across the United States. She holds a bachelor’s degree from Marshall University in West Virginia and master’s degree in psychology from the University of St. Francis in Indiana.

She launched her journalism career working for publications throughout the eastern United States before moving to the West Coast in 1991. Tring was both an editor and writer for the Daily News in Los Angeles, where she helped cover top cases including the OJ Simpson trial and its verdict, the Malibu Canyon brush fires, and the 1994 Northridge Earthquake.

She has won numerous awards for her writing, including in North Carolina, for her coverage of mental health issues, and a first-place business reporting award from the Indiana Press Association for her coverage of a plant closure and its impact on the local community. While in working as assistant city editor in Las Vegas, she was part of the editing team for a Pulitzer Prize finalist article about Dr. Kevorkian and a local woman seeking his services.

In Arizona, Tring worked her way up to serve as a senior editor at The Arizona Republic, the state’s largest newspaper. She spent nearly a decade working for the paper at multiple locations, and also served as a web producer in arts and entertainment news for azcentral.com, Arizona’s leading news provider.

Tring resides in Phoenix with her husband and two sons. Outside of running AZ Media Maven, she can be found enjoying the natural beauty the Southwest has to offer, camping and hiking in the great outdoors.

She also is a member of the South Mountain and Laveen Chamber of Commerce, Eliances, an entrepreneur group based in Scottsdale, and a member of the Social Media Club, Phoenix chapter. She volunteers her time as a merit badge counselor for Scouts BSA, as a parent helper with Maricopa County 4-H and previously as a volunteer instructor with Junior Achievement.

International Society of Female Professionals Member Rose Tring can be found on the Association Directory, where she is looking forward to networking with you.