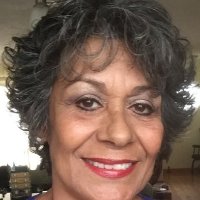 Miriam Mercado Melon, Managing Member with Mercado Management, LLC, is a self-motivated and self-employed Latina woman of over 20 years. Miriam raised four children and received her Masters in Business Adminstration degree from Corllins University. She fought to survive multiple myeloma and succeeded while driving the revenue of her business, and is no stranger to overcoming life’s obstacles.

Miriam worked in New York as a Hospital Sales Rep of McNeil Consumer Products, (a subsidiary of Johnson & Johnson), for the Bronx, New York territory.  After several successful years there she made the decision to relocate to Florida.

Miriam established two businesses after her move to Florida.  She was a majority partner and Secretary/Treasurer for Century Technologies, Inc.  This publicly traded company specialized in the information superhighway and film library distribution during Miriam’s tenure there.  Century Technologies was sold in 1995.

After the sale of Century Technologies, Inc.  Miriam established her own cigar company, Zaldiva Cigarz, Inc.  Miriam was the President and majority owner of this successful cigar company.  She oversaw debuts at Jacob Javitz Center, Le Bar Bat, and The Hilton Hotel in New York City.  She was interviewed live on The Cigar Dave radio show as the first Latina woman manufacturer of cigars including flavored cigars. Zaldiva Cigarz, Inc. was a sponsor of one of the Donald Trump/Ms. Universe gala celebrations in Miami Beach and was written up in the Ocean Drive  Magazine, with a two page centerfold promotional add for Zaldiva Cigarz, Inc. Miriam later sold her majority share of the company to an investor.

Miriam began her career in real estate after leaving the cigar business, selling one Florida building to a client in New York. This client went on to purchase several more and recommended her to others. She worked to further improve her experience in real estate, taking courses while working and learning the business.  Today, Miriam’s services at Mercado Management are specialized in the real estate market of commercial property management and leasing. Working primarily in Florida, she provides services to several private owners in various states. Creating business relationships throughout the country is an essential part of Miriam’s business, especially with other empowered women.

Miriam had the honor of having her Masters Degree from Cortland University certified by Secretary of State Hillary R. Clinton. She has an insatiable desire to create business relationships throughout the country as an essential part of her business, especially with her peers and other empowered women.

She is affiliated with Blue Star Mothers, AAA, Wounded Warriors Project, DAV,  VFW, and the Mercado Melon Family Foundation. She resides in Hollywood, Florida, where she continues to successfully run her business.