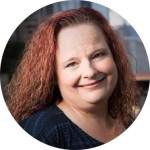 Kathryn Butterfuss is an evangelist in the SAP S/4HANA COE for SAP. She has been working in the SAP space for over 20 years. Having started out at Kohler Company in Wisconsin as a test script writer, her passion for quality and value brought on promotions.  She was promoted to a configuration specialist and after a few years, she moved into the consulting world.  Throughout the next 15 years she worked as a consultant and an employee throughout many organizations.  In 2015, her professional world changed.

As a solution architect she was tagged with replacing a very old, out of maintenance SAP ERP system at Briggs & Stratton.  This seems like a normal task for any solution architect however, this turned out to be an adventure.  SAP had audited the organization (Briggs & Stratton) and determined we were using the software, via indirect access, and were not licensed to do so.  This resulted in a $10M price tag. The board of directors at Briggs & Stratton wrote SAP an adversary letter that could have started a difficult legal battle, Kathryn didn’t want that and knew SAP didn’t want that either.

With that and a very cloud focused CIO, Kathryn embraced the challenges and worked together with the CIO to bring the next generation of technology to Briggs & Stratton. This was the introduction to SAP S/4HANA.  SAP’s first attempt to introduce this next generation software was bringing The Big Data bus to parking lot of Briggs and Stratton.  This was intended to raise enthusiasm with the executives, for them to see the power of this next generation solution.  Kathryn was not at ALL an advocate, as a matter of fact she was one of those people who thought,  as a $1.8B company what did I need with a “big data” tool or “in memory” database. The CIO had assigned Kathryn with documenting and organizing the decision around how to move forward. This included software and infrastructure choices.

SAP continued to education Kathryn, attempting to bring her into the fold as an alley for their next generation software.  They brought in some very experienced Industry Account Executives (IAE) who brought in the right people.  These people explained the true value of S/4HANA and the vision of what it would be in the years to come. They explained the roadmap and how it would revolutionize her organization.  They sold her the cloud and S/4 story and she sold the entire organization.

Since 2015 she has been an advocate for S/4HANA and cloud computing.  Having been the customer twice, implemented the software as a system integrator 3 times and implemented the public edition as lighthouse customer, she offers  extensive knowledge of SAP S/4HANA as well as deep knowledge in end to end scenarios that include other parts of the portfolio. This includes SuccessFactors, Concur, SAP Sales Cloud, SAP Service Cloud, Ariba, SAP Analytics Cloud and SAP CPQ.

Kathryn has passion and integrity.  She chooses to use those qualities to work with customers to bring value to them utilizing the SAP technology suite as the tool. Kathryn believes in customers, her ultimate goal is to provide every customer with the extreme value she has found in the intelligent enterprise provided by SAP.

With years of experience in Technology and SAP, she is looking forward to networking and connecting with other like-minded professionals, and to gaining the recognition and credibility of being a member.

International Society of Female Professionals Member, Kathryn Butterfuss, can be found on the Association Directory, where she is looking forward to networking with you. 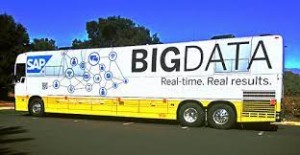