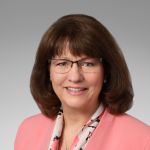 After 25 years of practicing law, Diane Sherwood is now a certified Forgiveness Coach via Eileen Barker at the Path of Forgiveness in San Francisco. Diane’s technique of Forgiveness Coaching can best be described as unilateral, secular forgiveness.  In layman’s terms, she teaches forgiveness without the other person being present and without religion.  It is a life skill her clients will carry with them.

Known for her excellence as a Mediator and Attorney, Diane began her career working with emotionally disturbed children at the National Children’s Rehabilitation Center in 1983. She then worked with her family’s construction company from 1984-1990 as Personnel Director and 1993-1998 as the VP of Human Resources. She left the company to become an Alternative Dispute Resolution specialist at her center, The Conflict Resolution Center. Between 2002 and 2007, she also taught Mediation in the School of Applied Social Sciences at Newman University while working on her Master’s Degree. In 2005, Sherwood pioneered Collaborative Family Law in Kansas, and soon thereafter began litigating divorces.

When the pandemic hit in 2020, Sherwood became a Forgiveness Practitioner and now trains others how to heal the pain of their anger at her new center, The Center for Peace and Forgiveness.

Passionate about her work, Sherwood credits her success to dedication, drive and perseverance. She looks forward to networking with likeminded professionals worldwide.

Sherwood earned her Bachelor of Arts in Psychology from the Colorado College in 1983, her Juris Doctor from the University of Tulsa College of Law in 1993 and her Masters of Social Work from Newman University in 2008.

Her work has not gone unrecognized. She was American Institute of Family Law Attorneys “10 Best” in client satisfaction 2015, 2016, 2017, 2018, 2019, & 2020, earned Best of the Best Award, and Top 10 Family Law Attorney. She was also the first woman president of her local chapter of the American Inns of Court in 2015, leading them to platinum status for the first time.

International Society of Female Professionals Member, Diane Sherwood-Cocking, can be found on the Association Directory, where she is looking forward to networking with you.