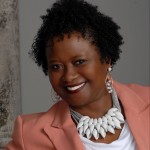 Dee Bryant is a rising star that we all should pay attention to.  Having retired from the United States Army after 21 years of faithful and honorable service, she published two books: Holding On and Not Giving Up On Self, and Girls Wear Combat Boots Too.  Today, she is a sought-after motivational speaker and a US federal employee, nearing her second retirement. A recent inductee to the International Society of Female Professionals, her most recent endeavor is gaining momentum as a major podcast influencer with a focus on motivating and inspiring young people towards military service within the U.S. Army through her Spotify Podcast: Dee Bryant Inspired.

Having completed with three degrees, including a Certification in Business Administration from Georgetown University, Dee Bryant graduated high school back in the 1980s in Jacksonville, Florida. Following graduation, she worked full-time at a fast food restaurant as she nurtured her ambition, faith and belief in a better tomorrow. Upon receiving counsel from her high school guidance counselor several months after graduation, she decided to sit-down with an Army recruiter to talk about possible options of serving in the military. Serving in the military and wearing the uniform was something she was never interested in doing; however, at a crossroads in her life Dee realized that the military could be the life changing opportunity she so desperately needed and wanted.

Dee enlisted in the Army in 1985 as an Automatic Data Telecommunications Operator (72G). While attending basic training she was totally out of her element especially as she struggled as an out of shape recruit.  Dee will tell you that she had many private Benjamin moments as she navigated through basic soldiering skills while learning important values to live by, leadership, order and discipline. Upon graduating from basic training, she served in the enlisted ranks, successfully moving up to the rank of Staff Sergeant (SSG). After winning numerous awards as Soldier of the Month, Soldier of the Quarter, and even Soldier of the Year while stationed in Hawaii, she was not satisfied with her current status in the Army and wanted to do more to help soldiers and their families.  She decided the best way to do more to impact soldiers’ lives was to become a commissioned officer in the Army.  She went on to take the Officer Selective Battery test twice before passing, which allowed her to move on to demonstrating her military knowledge and experience while participating in several high-level selection boards, while stationed in Mons, Belgium. Dee was the only candidate at the Supreme Headquarters Allied Powers Europe (SHAPE) selected by the board to attend the Army Officer Candidate School (OCS) in Fort Benning, Georgia.

OCS was a 14-week program back in the 90s, which Dee Bryant repeated twice before successfully completing. “OCS was one of the most challenging things I have ever done,” recalls Dee. Following OCS and basic officer training, Dee had the opportunity to attend the Army Airborne School.  “Airborne School was the most challenging thing I have ever done while serving in the military”.  To learn more about Dee Bryant’s military experience, you can download her book, Holding On and Not Giving Up On Self at Amazon.com

Dee Bryant is a passionate author of two books, Holding On and Not Giving Up On Self, and Girls Wear Combat Boots Too.

Holding On and Not Giving Up On Self (2016), Dee Bryant’s first book, specifically takes the reader on her military journey of developing mental toughness during times of failure, sadness, disappointments, making mistakes and dealing with fear. Throughout the book, Dee leans on her faith in God to keep pushing forward with a spirit of excellence. Of particular note is that in between each chapter, Dee has added powerful Bible scriptures, to help the reader focus on God’s goodness. The audiobook featuring Dee Bryant narrating is available on Amazon.com.

Recently, Dee started a podcast series on Spotify: Dee Bryant Inspired, where she is changing the game, motivating and inspiring young people towards military service in the Army. She notes, “I am preparing to retire from government service at the end of this year. The thought of retiring has forced me to do a little self-reflection of my life over the last 35 years. That reflection has allowed me to clearly see that my time in the Army has given me access, opportunities and great rewards unimaginable to see at age 18.  As I think about our young people, I am determined to do what I can to convince them that serving in the military, the Army specifically, is a life-changing opportunity, which has been my greatest honor. Perhaps this is why I feel so compelled to speak from experience, in terms of what can be for young people unsure about their lives, and worrying about not having money for college. I want to be authentic and true in my podcast messaging. This is why I can only speak from what I know, and that is the Army.”

Dee also wrote, Girl Wear Combat Boots Too, a book to inspire little girls and little boys to go after their dreams—even when there may be people around them that do not believe. Girls Wear Combat Boots Too is about 8-year-old Skylar G; the ‘G’ stands for Grace. Skylar G. developed a fear of heights at age six after being pushed off the top of a playground slide by the classroom bully. What’s ironic about this story is that Skylar G. has acrophobia, but yet she still wants to live out her five-year-old dream to jump out of a moving aircraft and fly in the sky like a bird, just like her mom did while serving in the Army. But first, she must learn to overcome her fear while dealing with unforeseen circumstances and the classroom bully, determined to stop her.

Dee Bryant is an ordinary citizen without any fanfare doing extraordinary things, with the potential to inspire and change the world!

International Society of Female Professionals Member Dee Bryant can be found on the Association Directory, where she is looking forward to networking with you.