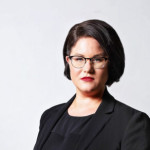 Alisa Lombard is a Partner at Semaganis Worme Lombard in Saskatchewan, Canada. A lawyer focused on civil litigation, her areas of expertise concern the legal, policy, and civil rights of indigenous peoples, Indigenous women’s rights and human rights. She has been a staunch advocate for law reform, policy change and Treaty implementation for Indigenous Peoples’ constitutional and inherent rights for many years, and is working to change antiquated laws. She worked at the Specific Claims Tribunal which adjudicates the historic claims of First Nations against the Crown, where she set precedence in establishing the Tribunal’s powers and advised on over 70 specific cases. In this respect, she has developed deep knowledge of administrative law, fiduciary law and trusts law.

Alisa is one of the foremost women’s advocate for Indigenous reproductive rights and human rights to bodily autonomy and medical self-determination. She is a leader in the intersectional fight against sexism, racism, and in the plight of Indigenous women, who are among the most marginalized people internationally.

Alisa is a committed, knowledgeable, experienced, strategic and skillful attorney. She is a member of the Law Society of Saskatchewan and the Law Society of Ontario. She is a frequent guest lecturer at Universities across Canada, in conferences and symposiums and a vocal advocate for systemic reform. She was featured as Chatelaine’s Women of the Year for her advocacy work with indigenous women. She is a grounded and effective woman who uses her knowledge of law, understanding of the inequalities embedded in the law to demand equality, fairness and equity for Indigenous Peoples and individuals.

Fluent in English, French, and Spanish, Alisa is a dedicated citizen of the Mi’kmaq Nation (Elsipogtog First Nation). Alisa is an avid swimmer who enjoys spending time with her young children, and loves to make art.

International Society of Female Professionals Member, Alisa Lombard, can be found on the Association Directory, where she is looking forward to networking with you.